Michael studied Biology (Biochemistry/Biophysics) at the University of Heidelberg, Germany (1998-2002) supported by the German National Academic Foundation. He did his PhD in structural biology at the European Molecular Biology Laboratory sponsored by the Peter and Traudl Engelhorn Foundation (2002-2006). He did his postdoc with Joanne Chory at the Salk Institute, with support from EMBO and HFSP (2007-2011). Next, Michael set up an independent research group at the Friedrich Miescher Laboratory of the Max Planck Society in Tuebingen, Germany (2012-2014). In 2014 he became associate professor at the Department of Botany and Plant Biology at the University of Geneva. He received an HFSP career development award and the ERC starting grant in 2012, and became an EMBO young investigator in 2015. In 2017, Michael received the HHMI International Research Scholar Award and the ERC consolidator grant in 2018. He was promoted to full professor in 2019. 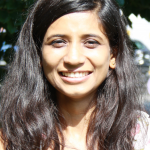 Harshul obtained her bachelors in Biochemistry from the University of Delhi (2007-2010) and a masters in Biochemical Technology from the Madurai Kamaraj University (2010-2012). She did her PhD in the Department of Protein Evolution in the Max Planck Institute for Developmental Biology , Tuebingen, on multifunctional enzymes in the shikimate pathway (December 2013 -June 2018), followed by a short postdoc in the same lab from July 2018- February 2019. She joined our lab in July 2019. 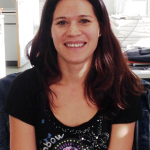 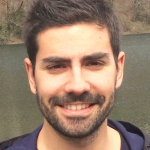 Daniel studied Biology at Minho University, Portugal (2006-2011), where he also obtained his masters degree in Herlânder Azevedo’s lab. He then moved to Norwich, UK to pursue his PhD in plant immune signaling with Cyril Zipfel at The Sainsbury Laboratory (2012-2016). He joined us in Geneva in March 2017. 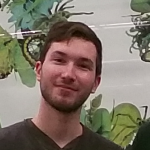 Florian completed his BSc in Biology at the University of Burgundy, Dijon (France), with a major in biochemistry and molecular biology in 2017. He joined the lab for his master thesis in January 2019 and obtained his master degree in June 2019. Since September 2019 Florian is a PhD student in our lab. 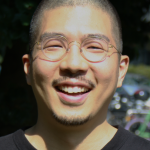 Kitaik obtained a bachelor in biotechnology (2004-2011) and the master & PhD in structural biology (X-ray crystallography) from Korea University (2011-2019), working on thiol-oxidoreductases. He joined our group in July 2019. 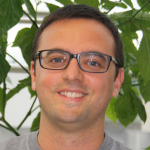 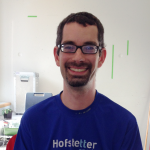 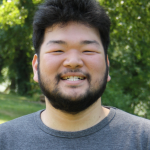 Satohiro studied biology at the Nagoya University, Japan (2004-2008). He did his master thesis and his PhD in Tetsuya Higashiyama’s lab at the same university (2008-2013) sponsored by the Japan Society for the Promotion of Science (2010-2013). He continued his work on pollen tube guidance with support by JSPS (2013-2015). He joined our lab in June 2015, supported by an HFSP postdoctoral fellowship. 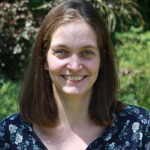 Julie studied Plant Biology at the University of Paris 11 – Orsay. She did her PhD at the ENS Lyon, France working in the on the translational regulation of a plant cell cycle regulator (2014-2018). She joined our lab in May 2019. 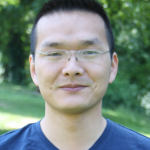 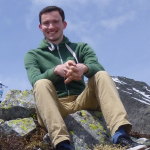 Daniel joined us as a second year undergraduate, while doing his BA in biochemistry at Tuebingen University. Spending all his spare time in the lab, the ‘kid’ solved the crystal structure of the BRI1 kinase domain and uncovered its activation mechanism (Bojar et al., Plant J, 2014). Since 2013, Daniel is a fellow of German National Academic Foundation. He went on to do his master degree at the ETH Zurich., and obtained his PhD from the same institution in 2019. He is now a postdoctoral fellow in the lab of James Collins at MIT. 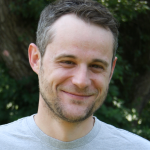 Ben studied biology at the University of Wuerzburg, Germany (2003-2009). He then moved to San Diego and did his PhD in Julian Schroeder’s lab at UCSD, working on abscisic acid signalling (2009-2014). He was a postdoctoral fellow in our lab in Geneva from October 2014 to October 2018. From 2015-2017, Ben was supported by an EMBO long-term fellowship. In his postdoc Ben analyzed the receptor activation mechanism of different peptide-sensing membrane receptor kinases in plants (Santiago, Brandt et. al., eLife, 2016; Brandt & Hothorn, Curr Biol, 2016; Hazak, Brandt et al., EMBO Rep 2017; Anne, Amiguet-Vercher, Brandt et al., Development 2018, Okuda et al., PNAS, 2020). He also determined the structure of cysteine-rich receptor kinases (CRKs; Vaattovaara A, Brandt B et al., Comms Biol, 2019). Ben is currently a staff scientist in the group of Cyril Zipfel at the University of Zurich. 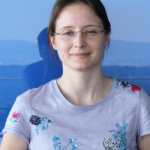 Mara joined us as a postdoctoral fellow from the University of Pennsylvania in 2013. In the lab, she pioneered the expression, purification and crystallisation of two plant receptor kinases. Upon moving the lab to Geneva in summer 2014, Mara joined the laboratory of our colleague Fulvia Bono at the Max Planck Institute for Developmental Biology in Tuebingen. She now works as a technical staff scientist at the University of Ulm, Germany. 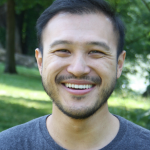 Kelvin studied Biochemistry at the University of Waterloo, Canada (2003-2008). He then did his PhD in Filip Van Petegem’s laboratory University of British Columbia, Vancouver (2008-2015). There he worked on calcium signaling. He joined our lab in April 2015 supported by an EMBO postdoctoral fellowship. During his postdoc, Kelvin dissected how plant photoreceptors compete with light signaling transcription factors for binding to the ubiquitin ligase COP1 (Lau et al., EMBO J, 2019). Kelvin also contributed to the biochemical analysis of the inositol pyrophosphate kinases/phosphatases VIH1 and VIH2 in plants (Zhu, Lau et al., eLife, 2019) and to a review on plant membrane receptor kinases (Hohmann, Lau & Hothorn, Annual Reviews, 2017). In November 2018, Kelvin became a staff member of the Protein production and structure core facility at the EPFL in Lausanne, Switzerland. 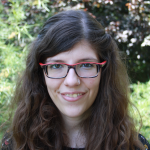 Laura studied Biology at the University of Valencia (2007-2012) and did her master thesis in Jaime F. Martinez-Garcia’s laboratory at the Autonomous University of Barcelona (UAB). From 2015-2019 Laura did her PhD in our lab, working on inorganic polyphosphates in plants (Lorenzo-Orts, 2019). During her PhD Laura uncovered that the inorganic polyphosphatase TTM3 and the cell cycle regulator CDEC26 are transcribed and translated together from a bicistronic transcript (Lorenzo-Orts et al., Nature Plants, 2019). Laura also identified CHAD domains as inorganic polyphosphate binding modules (Lorenzo-Orts et al., Life Science Alliance, 2019, Zhu et al., Plant J, 2019) and wrote a Tansley Review on inorganic and inositol polyphosphates in plants (Lorenzo-Orts, Couto & Hothorn, New Phytologist, 2019). Laura is currently a postdoctoral fellow in the lab of Andrea Pauli at the IMP in Vienna. 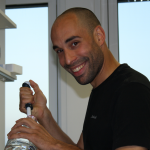 Jacobo joined our lab as an ERC-funded postdoctoral fellow at the Friedrich Miescher Laboratory of the Max Planck Society in Tuebingen, Germany in 2012 and moved with us to Geneva in 2014. During his postdoc, Jacobo dissected the catalytic mechanism of triphosphate-tunnel metalloenzymes (Martinez, Truffault, Hothorn, JBC, 2015). He also contributed his expertise in structural biochemistry to many projects in the lab, assisting different lab members with their experiments and projects (Bojar, Martinez et al., Plant J, 2014; Lorenzo et al., Nature Plants, 2019). He is now a research specialist at Takeda Pharmaceuticals in Neuchatel. 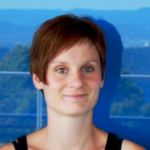 Christine joined the lab in Tuebingen as a technical assistant in 2012. She did an amazing job setting up and running the lab as well as our insect cell culture facility. Notably, Christine optimized the expression of several difficult target proteins (Santiago, Henzler & Hothorn, Science, 2013). She also carried out numerous genetic experiments in Arabidopsis and made the lab a fun place to work. Christine then worked for our colleagues Remco Sprangers and Silke Wiesner at the Max Planck Institute for Developmental Biology in Tuebingen. Currently, she is a lab technician in Patrick Mueller’s group at the FML in Tuebingen. 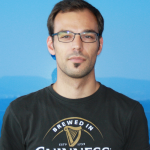 Ulrich studied Biology at the Technical University Munich in Germany and completed his master thesis in Erwin Grill’s laboratory at the same university (2008-2012). In 2013 he started as a PhD student in our group at the Friedrich Miescher Laboratory of the Max Planck Society in Tuebingen, Germany and defended his PhD in summer 2018 at the University of Geneva (with distinction). In his thesis Ulrich analyzed the activation mechanism of plant membrane receptor kinases (Hohmann et al., Annual Reviews, 2017) with leucine-rich repeat ectodomains (Hohmann et al., PNAS, 2018, Hohmann & Hothorn, Acta Cryst D, 2019) and described a family of negative regulators in the brassinosteroid signaling pathway (Hohmann et al., Nature Plants, 2018). He was deeply involved in setting up grating-coupled interferometry in our lab (Lorenzo-Orts et al., LSA, 2019, Okuda et al., PNAS, 2020). He received the Arditi Prize for his PhD thesis in 2019. Ulrich is now a postdoctoral fellow in the labs of Julius Brennecke at the IMBA and Clemens Plaschka at the IMP, Vienna, Austria. 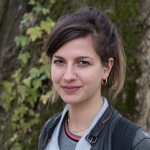 Elsa studied Biology at the University of Geneva (2013-2016). She then started her master in Molecular Plant Science, and did her master thesis in our lab between 2016-2018, for which she was awarded a thesis price by the Fondation Arditi. She is now a PhD student at the Biozentrum Basel. 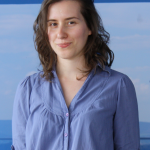 Aleksandra joined our lab in Tuebingen after completing her MA in biotechnology at the University of Silesia, Katowice, Poland. She worked on our ERC-funded project, dissecting polyphosphate metabolism in plants. Using plant molecular biology, genetics and cell biology, Aleksandra helped to functionally characterise a novel enzyme mutant in Arabidopsis (Lorenzo-Orts et al., Nature Plants, 2019). In 2014 she joined the Max Planck Institute for Plant Breeding Research in Cologne, Germany. Since 2018 she works in the Valenzano lab at the Max Planck Institute for Ageing. 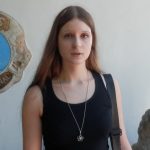 Martina studied Biology at the University of Munich, Germany (2006 – 2011) and did her PhD in Martin Parniskes’s lab at the same university as fast-track student supported by the Graduete Schoole Life Science Munich (2011 – 2014). There, she analyzed the interplay and signalling role of different receptor kinases implicated in symbiotic and immune responses between plants and bacteria, fungi or oomycetes. She joined our lab in Geneva in March 2017 and was supported by an EMBO long-term fellowship from 2017-2019. In our lab, Martina dissected how inositiol pyrophosphates and their SPX receptor regulate the phosphate starvation response transcription factor PHR1 (Ried, Wild et al., https://doi.org/10.1101/2019.12.13.875393). Martina is now a reseach group leader at the Leibniz Institute for Plant Biochemistry in Halle Germany. 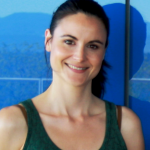 Julia studied agriculture engineering at the UPV in Valencia, Spain. She did her PhD at the IBMCP Valencia and at the EMBL in Grenoble, France, working on abscisic acid signaling (2007-2011). In 2012, Julia joined our group  at the Friedrich Miescher Laboratory of the Max Planck Society in Tuebingen (Germany) with a FEBS postdoctoral fellowship. She completed her postdoctoral training supported by an EMBO fellowship with  us at the University of Geneva. During her postdoc she discovered that SERK co-receptor kinases are essential components of brassinosteroid (Santiago, Henzler & Hothorn, Science, 2013) and peptide signaling pathways (Santiago et. al., eLife, 2016; Hohmann, Santiago et al., PNAS, 2018) in plants.  In 2016 she became a tenure-track assistant professor at the Department of Plant Molecular Biology at the University of Lausanne, Switzerland. 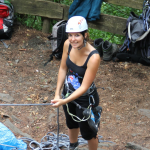 Rebekka studied Biochemistry at Tuebingen University (2008-2013). She worked in Gerald Muench’s lab at the University of Western Sydney, Australia, before joining our lab as a undergraduate researcher in summer 2012. After completing the first master thesis in the group, she obtained a PhD student fellowship by the International Max Planck Research School. During her PhD in Tuebingen and at the University of Geneva, Rebekka discovered that SPX domains are cellular sensors for inositol pyrophosphate signaling molecules and that inositol pyrophosphates control phosphate homeostasis in higher organisms (Wild et al., Science, 2016; Wild et al., Protein Science, 2016, Ried, Wild et al., https://doi.org/10.1101/2019.12.13.875393). After defending her PhD thesis in Geneva in September 2016, she became a postdoctoral fellow in the laboratory of Kaspar Locher at the ETH in Zürich. She was awarded the Prix Schlaefli for her PhD thesis in 2019. She is now a permanent staff scientist at the Institut Biologie Structurale in Grenoble. France. 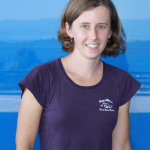 Janika studied Biology in Freiburg and Tuebingen, Germany and did her PhD in Klaus Harter’s group at the Center for Plant Molecular Biology, Tuebingen. She joined us in spring 2012 as an ERC-funded postdoctoral fellow working on plant polyphosphate metabolism. She characterized a novel enzyme mutant in Arabidopsis using plant genetics and cell biology (Lorenzo, Witthoeft et al., Nature Plants, 2019). In summer 2014 she joined the department of Gerd Juergens at the Max Planck Institute for Developmental Biology.